Don’t just take Vicky’s word for it! You can find testimonials below from current and previous employers, colleagues, clients and journalists. Or read her latest successes and news here.

Vicky worked with Simon Berry, the former Chairman of Berry Bros. & Rudd Wine Merchants, as PR Manager for more than a decade. Vicky says: “We worked very closely together throughout this time on news stories, media events, radio programmes and television appearances. My proudest moment was a documentary on BB&R – Wine: The Firm.”

Bernadette Knight is the former Chief Marketing Officer of Champagne Armand de Brignac. Vicky first worked on a project to launch the brand’s Blanc de Noirs cuvée in Autumn 2015. Since January 2016, Vicky has worked with the brand on a retainer basis. She boosts the brand via product launches, press trips to Champagne and media tastings, lunches and dinners in London. Vicky says: “Bernadette told me she is thrilled with the work I have done to transform the brand in the UK. She said she sees me as an extension of her team.”

Vicky worked with John Campbell at The Vineyard Hotel. She helped raise his profile as one of the UK’s top chefs. Whilst at The Vineyard he gained two Michelin stars and now owns his own restaurant. This was awarded a star in its first year. 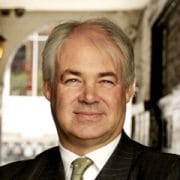 “In the decade Vicky spent at Berry Bros. & Rudd, she redefined our approach to PR. She combines meticulous efficiency with charm, which is a rare combination. She also has a journalist’s use of language and an eye for the perfect story. I am delighted that her talents will now be available to a wider audience.” 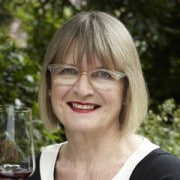 “For all the years I’ve known her, Vicky has offered us all a most unusual combination of efficiency and good humour.” 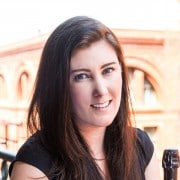 “Vicky was a fantastic partner to us on a new product release project. She intuitively knew what needed to be done and ensured all the significant, as well as small details, were covered. We would recommend her highly.” 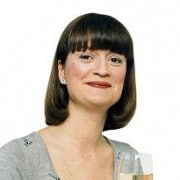 “From her cheery, ‘Hello, can I help you?’ to her detailed, prompt responses to all manner of wine and spirit enquiries, Vicky is one of the wine trade’s most capable, organised and charming PRs. The wine world is lucky to have her.”

“Within this period we produced more positive PR articles then at any other time in our group’s history. When she decided to leave the company for Berry Brothers it was definitely our loss and their gain!” 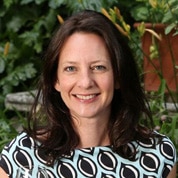 Victoria Moore, Wine Correspondent, The Daily Telegraph – How To Drink

“Vicky is such a joy to work with – impossibly efficient as well as reliable and good-natured. Someone who always goes the extra mile.”

Visit websiteHttps://howtodrink.co.uk/ – How To Drink 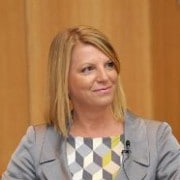 “Still to this day, I vividly recall interviewing Vicky for the role of PR & Marketing Manager at The Vineyard at Stockcross (back in 2002). Her vibrant personality, natural interest and curiosity in people and in learning about new products combined with her understanding that PR is not just about generating press coverage, it is ultimately about creating a sales opportunity, I knew then that she was the right person for the job and that she was destined for an exciting career.

“Almost 5 years later, as a result of her hard work, commitment and expertise in writing eye catching press releases and dynamic copy and in developing excellent relationships with food and wine critics, the national and trade press, she contributed to putting the then relatively unknown The Vineyard Hotel on to the national gastronomic map and launched Michelin starred Chef John Campbell’s career and cookery book. During her time with us, The Vineyard achieved an unprecedented amount of press coverage.

“I have watched with pride over the past 10 years Vicky gain even more success with the iconic Berry Bros. & Rudd and encouraged her to set up her own business by recommending her services to her first client as a freelance PR consultant. Her pitch against four other PR Agencies was by far the best and I know as Major PR she will achieve yet greater things for her future clients.” 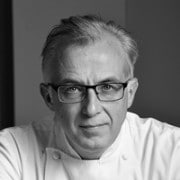 “I had the pleasure of working with Vicky when at the Vineyard and both worked on a number of incentives to create a PR strategy for the property. This included a book launch in London, international wine dinners, guest chef appearances. Vicky’s knowledge and understanding of the media, was invaluable at this busy time.

“Vicky’s enthusiasm and professionalism for her work along with her intuition for many diverse incentives meant that I knew this was in safe hands. When you are based out of London, being able to rely on someone with a network in London to promote and maintain media interest is essential.”